Spotlight On Colors: Why is Blue Hydrogen so Important?

Could you please explain briefly what blue hydrogen is?

Wietfeld: People worldwide view hydrogen as key energy carrier for decarbonizing the economy. Why? Because the only by-product of hydrogen combustion is water. Unfortunately, there’s isn’t enough naturally occurring hydrogen; so it must be produced. Until now, this has been done with fossil fuels, mostly natural gas. This process results in the emission of about 10 metric tons of CO2 for every ton of hydrogen. This type of hydrogen, which is also referred to as grey hydrogen, obviously isn’t a solution to climate change. Blue hydrogen is grey hydrogen with a difference: the CO2 is captured during the production process and stored safely, for example in depleted gas or oil fields. This process is called carbon capture and storage (CCS). It prevents CO2 from entering the earth’s atmosphere or only doing so in very small quantities. Unlike grey hydrogen, blue hydrogen has low emissions and doesn’t contribute to the greenhouse effect.

Opponents claim that blue hydrogen isn’t climate-friendly at all, but would in fact increase global warming. Who’s right?

Wietfeld: Alongside the many positive studies, some have been critical, like a much-discussed study by two American scientists, Robert W. Howarth and Mark Z. Jacobson. Their study concluded that blue hydrogen is more carbon intensive than coal. I want to start by saying we welcome debate about emissions, because we’ve set ourselves very ambitious climate targets and always want to improve. We look at the entire supply chain for blue hydrogen and are working systematically to avoid greenhouse-gas (GHG) emissions at every link of the chain. We assess the climate performance of every project, including blue hydrogen. 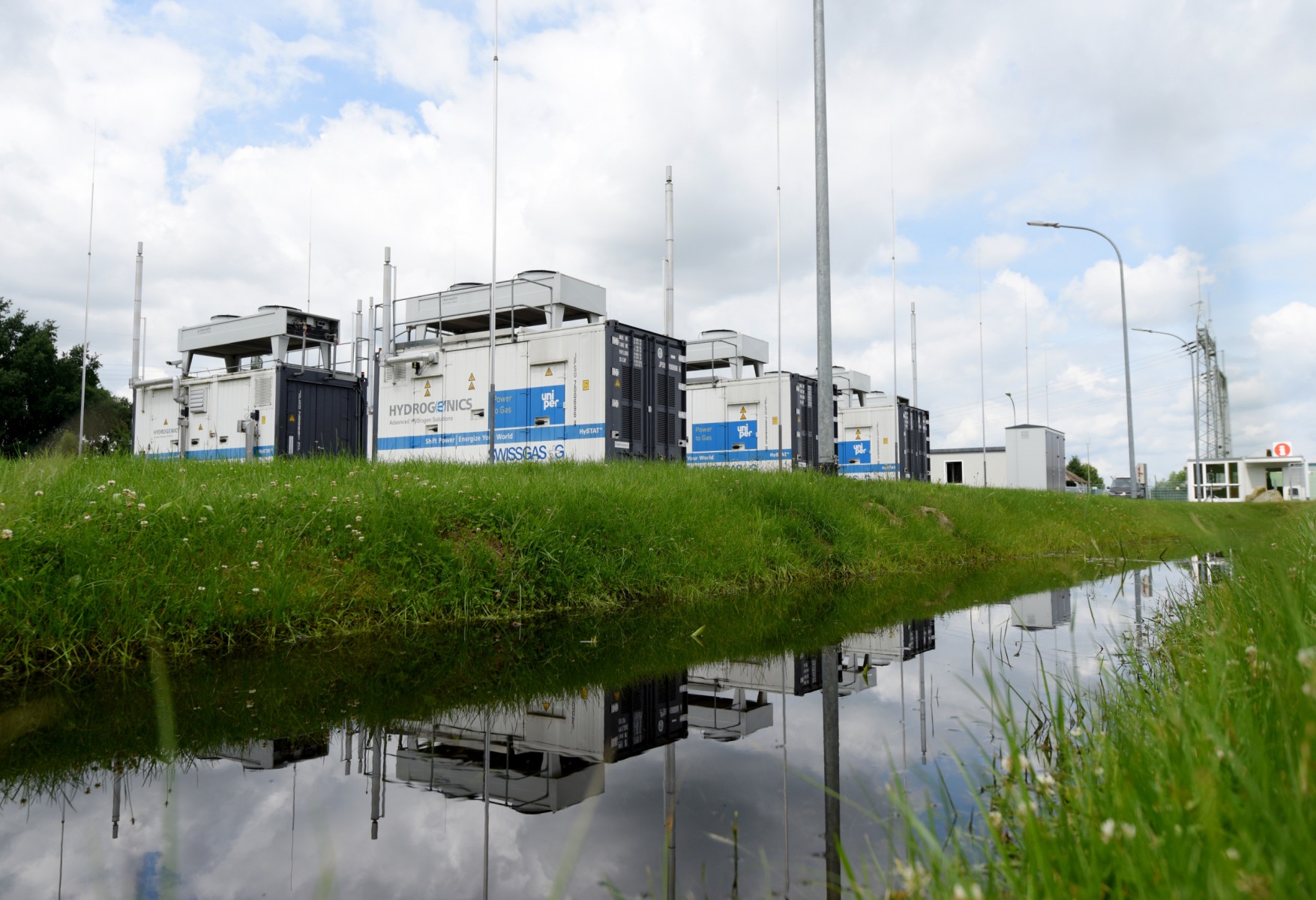 What criticisms do the two American scientists raise?

Wietfeld: Their criticisms rest largely on contestable and partly unrealistic assumptions. They point out, for example, that blue hydrogen production and CCS (Carbon Capture and Storage) require energy. That’s absolutely correct. But it applies to all types of energy production. Moreover, the study’s assumptions about the energy needed to produce hydrogen are too high and neglect the fact that hydrogen production and CCS could be powered by renewable electricity. Furthermore, the study assumes a carbon-capture rate of just 75%. Given the technical reality of this process, this assumption is obviously too low. Carbon capture is a proven process that has been used in the chemical industry and in biomethane production for decades. Blue hydrogen would be produced in a closed facility. The anticipated capture rate is therefore at least 95%.

Wietfeld: That’s true. The study’s main criticism is leaks during the production and transport of natural gas, which are known as fugitive methane emissions. Its authors estimate that 3.5% of natural gas will leak, before it reaches the hydrogen plant. This is highly relevant, because methane is a many times more potent GHG than CO2. But neither our gas suppliers, nor we, nor any other independent investigative organization have figures that corroborate a 3.5% rate of fugitive emissions. Data from oil and gas producers suggest that fugitive emissions during gas production are 100 times lower than the study assumes. 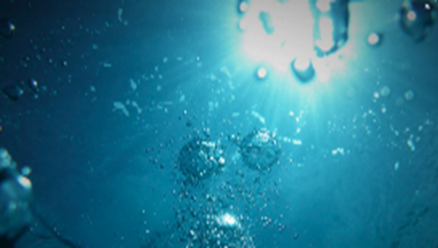 100 times lower? But oil and gas producers may not be the best or most trustworthy source either, right?

Wietfeld: Certainly, data on fugitive methane emissions need to improve. But producers must comply with thresholds and are increasingly enhancing their monitoring. In October 2020, the EU has adopted a methane strategy. It will be used to draft legislation this year to establish comprehensive monitoring, verification, and reporting of fugitive methane emissions. Comprehensive monitoring is essential for reducing emissions. Obviously, petroleum companies’ monitoring must be verified by independent experts. Interestingly, without waiting for the findings of monitoring, the EU and the United States have already announced that they will reduce fugitive methane emissions by one third by 2030. In other words, there are clear expectations that the industry will work hard to prevent such emissions. This is extremely important. Because methane is not only an extremely potent GHG; its lifetime in the earth’s atmosphere is fairly short. This means that any savings we achieve today will have a markedly positive effect on climate targets in just a few years’ time. That’s why it’s important to take swift and effective action against methane emissions. Moreover, these trends make the study’s already extreme assumptions even less realistic.

But wouldn’t it still make more sense to use renewable electricity to run electrolysis equipment to produce what’s called green hydrogen? That would avoid methane and carbon emissions altogether.

Wietfeld: Absolutely, green hydrogen is the energy carrier of the future! Unfortunately, it’s not yet available in large quantities, nor will it be in the near future. Germany plans to have an electrolyzer capacity of 10 GW which should be enough to produce about 30 TWh of green hydrogen per year by 2030. That’s roughly equal to how much gas Germany currently consumes on eight to ten winter days and hence not sufficient. Blue hydrogen would be available in the short term. Carbon capture is a proven technology, and gas producers, especially in Norway, already have many years of experience with carbon storage. So we need to do both: produce blue hydrogen in the near term to get decarbonization off to a fast start and at the same time establish a green hydrogen economy to further accelerate it. Later, green hydrogen can gradually replace blue. The energy transition can only succeed if we remain technology-neutral and carry out industrial-scale projects as quickly as possible. We want to make green hydrogen one of tomorrow’s most important energy carriers. Until enough green hydrogen is available, however, we believe it’s necessary to produce in addition blue and other types of low-carbon hydrogen during a transitional period.

Comments 1 - 1 (1)
Thank you for your message. It will be posted after approval.
Dr. Frank Ferrer MD H2Sonics
To me real Blue Hydrogen is. That generated by hydrolysis ( electrolysis, hydrolysis from Water/ Aluminum reaction). True that amounts produced this way are limited. Green hydrogen to me is when it is produced by using renewable source of energy to generate the electricity to create hydrogen ( Solar , Wind , hydroelectric, geothermal,) thus avoiding the use of hydrocarbons. One known keep secrete that the author has not mention is that the production of hydrogen from methane ( hydrocarbons ) shortens the fuel cells life span because it contains “ toxins” like sulfates , NOX, Phosfates, which comes from the fossils fuels. 5 yrs ago the head of Air liquide stated that in the next 6 yrs all the Hydrogen produced in their hydrogen gas stations will be made from
Water splitting, thurs avoiding the negative effect that Grey hydrogen has on fuel Cells.

Spotlight On Colors: Why is Blue Hydrogen so Important?