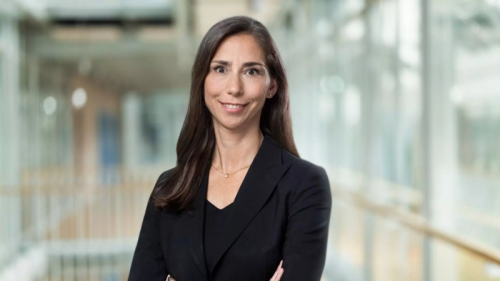 The Uniper Supervisory Board has appointed Dr. Jutta A. Dönges as a member of the board of management and chief financial officer (CFO). Ms. Dönges will leave the Uniper Supervisory Board, which she has been a member of since December last year, at the end of February and will succeed Tiina Tuomela as CFO on March 1. Ms Tuomela had already announced her departure from Uniper in December. The company, which since the end of last year has been 99.1 percent owned by the Federal German Government, has thus quickly found a solution for this central position. Jutta Dönges is a proven capital market expert and was, inter alia, Managing Director of the German Finance Agency in Frankfurt until last year. She was appointed by the Federal Government as a Supervisory Board member at Uniper in December.

Tom Blades, Chairman of the Uniper Supervisory Board: “In Jutta Dönges, we have not only gained an outstanding leader, but also someone who is very familiar with the interplay between entrepreneurial activity and state supervision. I am very much looking forward to the cooperation. I will be discussing her succession on the supervisory board with the German Federal Government shortly.”

Jutta Dönges, member of the Supervisory Board and future CFO of Uniper: "I am very excited about the new task. Uniper is a great company that plays an important role for Germany. My goal is to lead Uniper well through this stabilization phase and, perspectively, to successfully reopen it to the capital markets."

Klaus-Dieter Maubach, CEO Uniper: "I am very pleased that we can quickly and optimally fill the gap left by Tiina Tuomela with Jutta Dönges. Ms. Dönges' wealth of experience will enrich Uniper. At the same time, I would like to thank Tiina Tuomela, who has led Uniper with calm and wisdom through a very turbulent period and wish her good luck and success in her future endeavors at Fortum."

Tiina Tuomela, CFO Uniper: "I am delighted that a good solution has been found for my successor in Jutta Dönges. At the same time, I would like to thank my colleagues on the Supervisory Board and the Uniper Management Board, especially Klaus-Dieter Maubach, for the very good and trusting cooperation during my time as CFO. Together we mastered a real company crisis. This was only possible with a strong and committed team, especially in the finance area. I cannot praise enough the work of my managers and experts during this time."

Jutta Dönges studied industrial engineering at Darmstadt Technical University and was awarded a doctorate (Dr. rer. pol.) from Goethe University in Frankfurt am Main in 2001. After professional stations in banking, she became a member of the Steering Committee of the Federal Agency for Financial Market Stabilization in Frankfurt in 2015, which she headed in 2016. From 2018 to 2022, Dönges was Managing Director of Finanzagentur GmbH in Frankfurt, a financial services company owned by the Federal Republic of Germany. She is currently a member of the supervisory boards of TUI, Commerzbank and Rock Tech Lithium in Vancouver.

Düsseldorf-based Uniper is an international energy company with activities in more than 40 countries. With around 7,000 employees, it makes an important contribution to security of supply in Europe. Uniper’s core businesses are power generation in Europe, global energy trading, and a broad gas portfolio. Uniper procures gas – including liquefied natural gas (LNG) – and other energy sources on global markets. The company owns and operates gas storage facilities with a capacity of more than 7 billion cubic meters. Uniper plans for its 22.5 GW of installed power-generating capacity in Europe to be carbon-neutral by 2035. The company already ranks among Europe’s largest operators of hydroelectric plants and intends to further expand solar and wind energy, which are essential for a more sustainable and autonomous future.

Uniper is a reliable partner for communities, municipal utilities, and industrial enterprises for planning and implementing innovative, lower-carbon solutions on their decarbonization journey. Uniper is a hydrogen pioneer, is active worldwide along the entire hydrogen value chain, and is conducting projects to make hydrogen a mainstay of the energy supply.

Project Air in Sweden: Uniper commissions Sunfire to build a 30 MW electrolyzer
The Future Is Now
Project Air to receive EUR 97 million under agreement with Innovation Fund
Uniper sells 20% indirect participation in BBL pipeline
How Uniper in the UK is inspiring the next generation
Clarification on Ratcliffe on Soar power station closure date